Litigation is a contest and by nature adversarial, with each party and their attorney advocating for their separate interests in a contested manner. However, usually the most satisfactory approach is to search for common ground and design reasonable, realistic options to which both parties can agree. If agreement cannot be accomplished, these reasonable and realistic solutions will often win in Court.

In litigation, divorces often proceed in similar ways through the process. (Cases that are settled or resolved in mediation do not proceed to trial.) 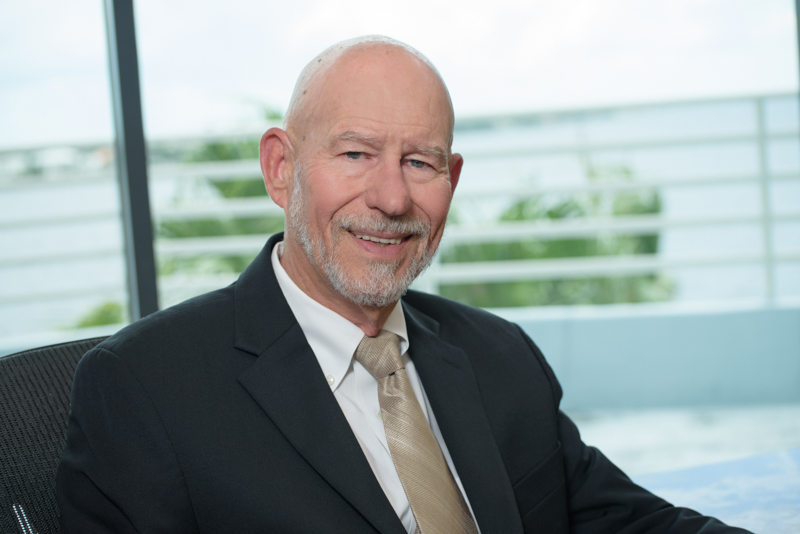 Serving the Petition: The other party is served with the Petition and is required to file an Answer. The other party may also file a Counter-Petition.  As a courtesy often we provide the opportunity to the other spouse to have that party’s attorney accept service on his or her behalf.

Temporary Orders: Either party may request temporary orders that either permit or prohibit one or both parties from doing certain things, such as, unnecessarily spending or interfering with the other party’s use of property. Temporary Orders establish “ground rules” for the conduct of the parties while the case is pending.

Discovery: Discovery is the process of documenting the facts pertinent to the case. During discovery, each provides information to the other party. This typically includes financial records from the past three years, such as income tax returns, bank statements, employment records, and life insurance policies.

Honest disclosure of all assets and liabilities is essential during discovery to obtain a fair and equitable division of all the marital property. Unfortunately, some parties are not forth coming and honest. We have a great deal of experience dealing with these problems and will use the discovery process to gather complete information which the Court can compel if necessary.

MEDIATION: WHAT IT IS AND IS NOT

Mediation can occur at any point either before or during the litigation process but in most cases, mediation follows the discovery phase of litigation. It is required in most counties before any evidentiary hearings will be scheduled.

Mediation is a confidential process in which a qualified neutral person meets with the divorcing couple or parties in a Post-Divorce situation and assists them in negotiating a settlement agreement which addresses all the issues necessary to terminate their marital relationship or adjust the terms of their final judgment of divorce entered previously.  The issues include the division of property between the parties, the payment of alimony, and/or child support, and the establishment of a parental responsibility arrangement agreeable to both parties.

Mediation is a task-oriented, goal-directed process which encourages the divorcing couples’ participation in the shaping of their own settlement agreement in order to resolve their dispute.  It respects both parties’ knowledge of their unique situation and their own sense of fairness.

Mediation is NOT therapy; however, it may have a healing effect on the parties.

Mediation is NOT conciliation.  People often use the two terms interchangeably; however, conciliation is a process where the couple meets with a neutral third party in an effort to work out the marital problems in order to continue the marriage.

History of the Mediation Movement

Mediation as an alternative to formal adversarial procedures is not entirely new.  Mediation has a rich history in ancient cultures.  Also, the extended family and many ethnic groups and various organized religious groups have served in the past as mediators of family disputes.

The dramatic increase in the divorce rate beginning in the 1960’s has created a demand for more humane ends to the marital relationship than that offered by the traditional adversary system.  The adversarial process has a strong tendency to escalate hostilities between the parties.  In a divorce or post-divorce, the parties have a mutual interest in maintaining a communicating relationship.  Within the last few years, lawyers and clients have turned increasingly to mediation as an alternative to the adversary system.

Mediation respects and supports peoples’ ability to make decisions that affect their lives.  Mediators believe that, given the right atmosphere, the couples with whom they work are better informed and more able and better equipped to make fair and intelligent decisions about their separation than any third party.  Mediation provides a forum to develop cooperative win-win solutions that benefit everyone.  Studies show that mediated settlements tend to facilitate the family’s adjustment to new circumstances, and they also reduce the cost of divorces.  Parents, children and the extended family all benefit.

Personal growth is a secondary goal of mediation.  Couples can learn from the process.  They can learn to avoid past mistakes and how to cooperate for their mutual interests in the future.

One of the reasons that divorcing couples turn to mediation is the economic cost of adversary representation.  Attorneys’ fees and related costs can often consume a substantial portion of the couple’s resources.  Equally important, couples have found that the adversarial approach distances them from each other when they still want to have the caring, or at least respectful, foundation for their relationship.  In addition, the involvement of lawyers has frequently meant that the couple’s dispute was taken out of their hands, and that the lawyers or courts decided how their problem would be resolved.

By participating in mediation, the couple can change from adversaries into mutual problem-solvers.  It cannot be denied that couples have real conflicts.  Mediation, however, allows these conflicts to be identified and negotiated for what they are, rather than artificially created differences that emerge from adversarial strategies.  Post-Divorce disputes can be resolved in mediation as will and offer similar benefits.

First, children of mediated divorces generally adjust more readily after the divorce is over.  Second, settlement agreements are more frequently honored and the likelihood of further cooperation is greater; and as a result, there are fewer court appearances after divorce.  Third, spouses have a greater degree of self-determination and self-respect as a result of participation in the mediation process.  Fourth, both the couple and the State may spend less money on the process.  Fifth, couples tend, on the whole, to be more satisfied with the outcome.  Furthermore, they are both economically and emotionally better able to begin building their new lives.

People who divorce through mediation tend to realize more of the benefits of going through a divorce and experience less of the trauma.  Mediation can salvage a relationship that is unsatisfactory as a marriage and make it rewarding as a friendship.

What Can the Mediator Do

The role of the divorce mediator is a very active one.  The mediator educates clients regarding information that is needed for settlement, clarifies and organizes data, facilitates discussion and cooperative communication, structures sessions so that tasks can proceed, manages conflict, refers clients out for expert information or advice, helps clients to develop bargaining proposals, suggests opinions, helps clients to weigh the consequences of their choices, conducts negotiations and hopefully produces a written agreement.  Throughout this whole process, the mediator remains task-focused, reminding clients of the purposes, procedures, and scope of mediation.  The mediator DOES NOT make the decision for the couple, but facilitates the clients’ own decision-making processes.  Research in California has shown that the majority of the people who mediate are satisfied with the process, even if they don’t reach an agreement.

The information you share is confidential.  According to Florida’s Statutes, the mediator cannot be forced to testify.  If the parties can’t agree and there is a Court order regarding mediation, the mediator will notify the Court of impasse.  Any agreements reached (partial or whole) can be reviewed by your attorney and filed with the Court.

A competent mediator possesses knowledge of budgetary needs, spousal and child support considerations, the various types of assets and methods of valuing them, and common monetary practices.  While the mediator does not give legal advice, the mediator must be familiar with the provisions that divorce law makes for division of assets and liabilities and the probable tax consequences.  He/she also possesses specialized knowledge, regarding adult and child reactions to divorce, psychologically beneficial contract arrangements for children of different ages, conflict management skills, and negotiation skills.

Depositions: Depositions are a form of discovery in which the person being deposed answers questions, under oath, that an attorney asks. Each party may take the deposition of the other party and witnesses. The witnesses may include employers, doctors, counselors, neighbors, family members, and expert witnessses. Depositions of the children’s counselors and teachers may also be required.

Final Preparation for Trial: About a month before trial, both parties submit pre-trial documents to the court which set out how they want the various issues, such as property division and child support, resolved by the court. The complexities of the issues usually determines how much time will be devoted to trial preparation. Much more time will be spent in trial preparation than in the actual trial. This preparation includes talking with witnesses, preparing exhibits, and drafting direct and cross examination questions, as well as anticipating and preparing to meet the tactics and strategy of the opposition.

Trial: At the trial of the divorce case, each party presents evidence on the contested issues in the case. Determination of the separate property of a party, division of the community property and liabilities, and determine the validity and meaning of premarital and post-marital agreements are some of the most common contested issues in a divorce case. If minor children are involved, the contested issues will include the rights and duties of each parent, who the child or children will reside with, whether child support will be paid and the amount of child support, and the time sharing schedule.

At trial, each party testifies under oath about facts that are relevant to the contested issues. Each party may also call witnesses to testify. Typically documents relevant to one or more of the issues are offered into evidence, the judge announces the decision on each of the disputed issues and pronounces the parties divorced.

After trial, the Court will usually ask that one of the parties to prepare a Final Decree of Divorce which contains the decisions that were about the issues in the case. The judge signs the Final Judgment.

Appeal: A party who is disappointed with the Court’s decision or who feels a mistake has been made may initiate the appeal process within 30 days after a Final Decree is signed by the Court.